As the saying goes, "there is no separation of culture and sports." The entertainment circle and the sports world have always had a lot of connections. As a major sports event, football is the vanguard of exchanges between the two fields. In the early years, Gao Yuanyuan was keen to cheer for Guoan. After the song, Naying married Kuaima Gaofeng, and Southwest Football representative Li Bing also married singer Gan Ping. 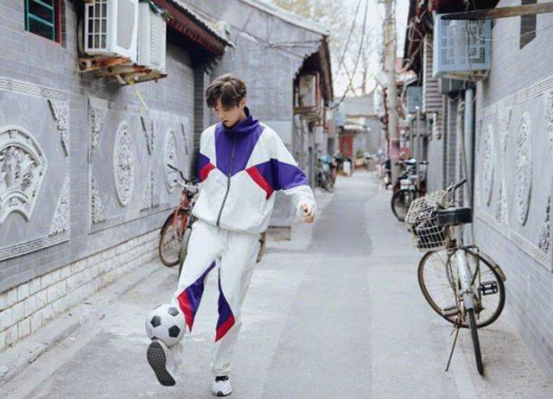 This is particularly true in the football circle where straight men gather. They are slightly tolerant to female artists, but they have a lot of criticisms about the new generation of male artists. Among them, the most criticized is Lu Han.

Because of his identity as a Manchester United fan, Lu Han is one of the most concerned artists in the football circle.

Lu Han, born in 1990, was discovered by the most famous SM entertainment company in South Korea when he was 18 years old. Later, he made his debut as an EXO member. His singing and appearance in the group were both excellent and attracted a large number of fans.

As an idol artist, Lu Han has a well-developed sports cell and is good at a variety of sports, including football, basketball, track and field, and roller skating.

During his studies, Lu Han had already liked football. He was once the captain of the Haidian Foreign Language Experimental School and led the team to win the championship. In South Korea, he participated in the football events of the idol games for many times, and his performance was outstanding.

He competed with players such as Park Ji-sung and Fan Zhi-yi. He was on the "World Football" column, and he also made a pilgrimage to Old Trafford. Some people in the sports media once commented that in Lu Han's eyes, he could see his loyal love for football. 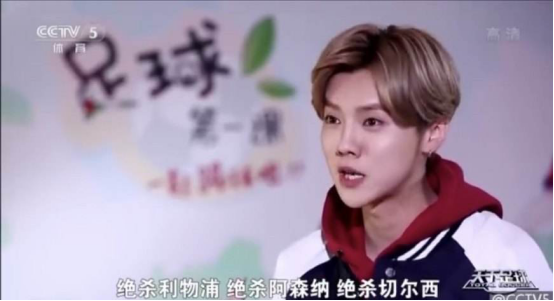 It is such an idol with "both culture and sports" who has encountered serious discrimination in the football circle.

Many fans in the entertainment industry who do not pay attention to it are very puzzled. They think that Lu Han is playing football and Manchester United, the world-class giants. In addition, they think that Lu Han lacks masculine temperament, and the image of beautiful man is full of confrontation with football. There are indeed some inconsistencies with the movement of power, making those straight men ridicule and criticize in the name of "mother".

But in fact, for Lu Han’s popularity in China and South Korea at that time, he did not need to pay attention to the enthusiasm of football. On the other hand, many domestic and foreign clubs hope that they can have a star fan to drive the whole Fan market.

In 2014, Lu Han's single Weibo comments set a Guinness World Record. After returning to China, he appeared in many movies and TV series, and continued to exert his strength in various variety shows.

The official announcement of his relationship with the famous female artist Guan Xiaotong even paralyzed Weibo. To this day, Lu Han is still the top traffic among domestic idols. 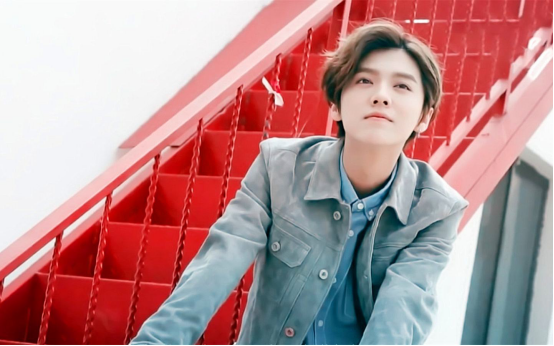 Even though Manchester United, sponsors and some football platforms have had cases of joint marketing for Lu Han, the reality is not only that.

As a Manchester United fan, Lu Han is very concerned about the Red Devils' every move. In 2018, before Sanchez joined Manchester United, he experienced more twists and turns in transfer negotiations. Lu Han was also anxious, and said on Weibo: Can Sanchez's tree be down?

On the other hand, as an idol artist, he once released a football theme song called "Super Champion". During his busy schedule, he always finds time to watch football matches, and even stay up late for this.

If the Weibo of most artists is used to post public relations drafts and receive advertisements, Lu Han's Weibo is more real and personified because of the elements of football.

In addition, he himself is not a cloud lover who speaks and does not move his feet. As long as he has time, he will invite three or five friends to play wild games, participate in football by himself, and donate stadiums for children in poor areas.

And as mentioned above, Lu Han's football level is a good one among amateurs.

His drive has also created opportunities for those fans in the entertainment industry who do not understand football and the next generation of teenagers who like Luhan to get in touch with football. This has a positive effect on the popularization and promotion of football in China, even more than one star or one hundred. The driving force of grassroots coaches. 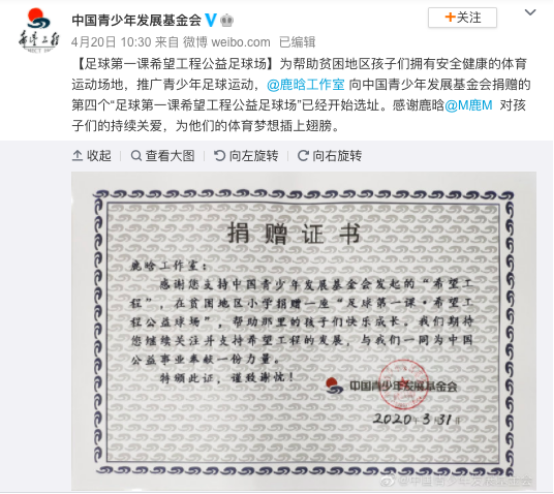 Most of the fans who once called him "Mother Pao" gradually accepted him imperceptibly. Nowadays, on all major football platforms, Lu Han’s comments on playing football or watching football are basically praised Lu Han and his love for football has become a sign of him. 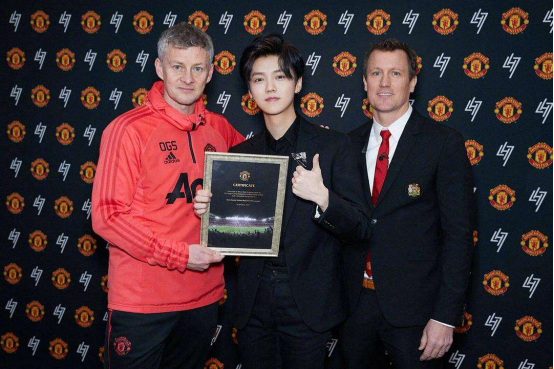 Wu Yifan, who is also one of the four returnees, has also gotten a big reversal in his reputation among straight men in the past two years. His "whitewashing routine" is nowadays commonly used by artists to blacken themselves and laugh at themselves.

In the past few years, Wu Yifan’s reputation in the entertainment circle is not high. On the one hand, as a flow artist, he does not have many works that can be obtained. On the other hand, he does have a lot of black spots, such as with Internet celebrities. The emotional entanglement between "Little Gina" has made him bear the notoriety of "P King of Canada".

Sending new songs to North America to buy the charts, the behavior of overpowering sister A and LadyGaga was criticized by various netizens. 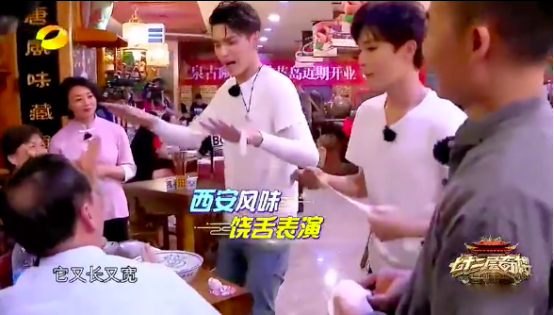 In terms of his so-called good rap, Wu Yifan’s variety show has overturned. The four different "you see this bowl is big and round" has directly become the material for funny videos and ghost videos. Also because of "China New Rap", Wu Yifan’s fans and Some groups have had a head-on conflict, and it was very embarrassing for them to come to the end.

Against this background, in April 2019, the song "Big Bowl Wide Noodles" became popular once it was released on the whole network. In the past, Wu Yifan, who used to be a cold and cool image, used a friendly and self-deprecating way to express not only I hope to bring happiness and positive energy to everyone, and integrate the philosophy of life. 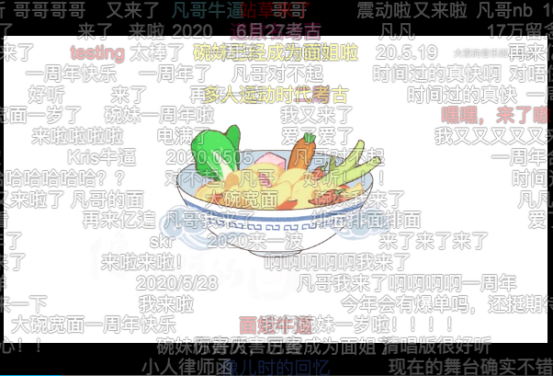 This wave of proactive, generous and humorous public relations directly reversed Wu Yifan’s reputation in the straight men’s circle. The public left messages "I'm sorry Fanfan" and "Wu Yifan will never be black." An artist Cai Xukun was quite embarrassed.

But only a year later, Cai Xukun said in the "Youth with You 2" program, "I used to think that playing basketball is my specialty", and once again used the method of "actively catching up and getting rid of it" to dispel people's negative impressions. .

As the show progressed, he also showed his gentle senior character and really good singing and dancing ability, and the popularity of passers-by rose sharply. Although "Chicken You Are So Beautiful" is still the top of the ghost animal area, Cai Xukun is at least no longer a target of ridicule by Internet groups. 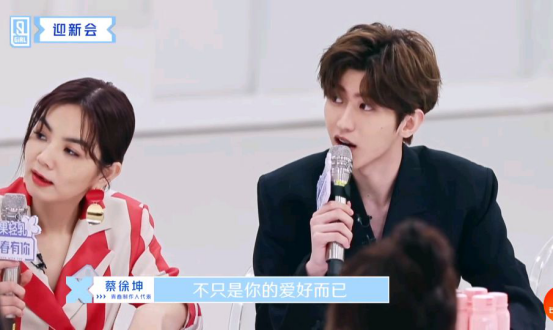 The reversal of Lu Han, Wu Yifan, and Cai Xukun's reputation may have some enlightenment for the artist Xiao Zhan who is now on the cusp: 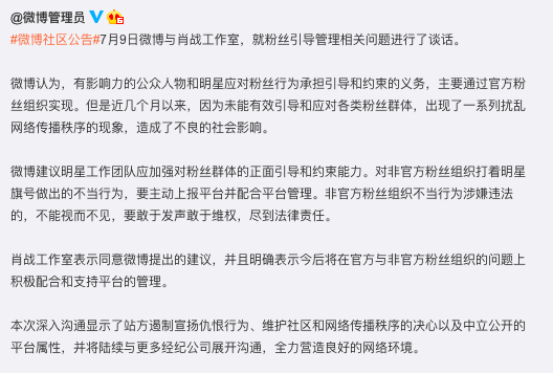 In fact, the vast majority of netizens have a serious herd mentality, and there are many cases of following the trend in the public opinion field, but the real requirements for traffic idols are not strict. They say that these people have no works and are not worthy of acting and singing.

But in this era, even true fans don’t pay attention to the works. In addition, if the artists themselves don't have much black material, bleaching through marketing and public relations is not difficult.

More importantly, traffic idols themselves need topicality in order to maintain exposure and maintain their popularity at a certain level. Therefore, regardless of whether they are black or white, most of them are capital operations. Fans and passers-by should not take the place. Too strong, too much drama.

As long as the artist is abiding by the law and without negative guidance to the public, everyone should be watching the excitement and not going up too much.