After Manchester United and Chelsea scored a goalless draw, Luke Shaw said that the Red Devils had lost two points in this game. 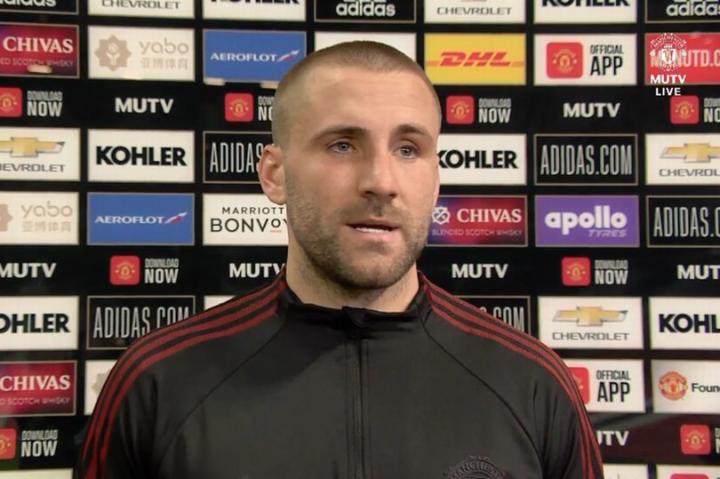 Luke Shaw said: "We lost two points. I think we created a better chance of scoring. Their goalkeeper made several wonderful saves. I also feel that we defended better than before, especially against Chelsea. This kind of team, they have high-level players in every position."

"I don't think the opponent has created too many opportunities, and we have performed well in this area, but we should have scored one or two goals in the frontcourt and then scored."

"It makes people feel that neither team wants to lose. This is also a topic people talk about. You may feel this from the opponent's formation, but we always want to win every game. Will accept this point, but I am disappointed not to get three points."

"The opponent's goalkeeper kept them from losing the ball in the game. Now, we need to regain our attention. The team has another important game on Wednesday and we need to win."

"Now, when we step on the court, we will have a different feeling than before. We may not be too focused in the previous games or made some stupid personal mistakes. I think we have learned a lesson from it. We need to continue our efforts on the basis of today."

"The head coach can rotate the lineup, which is good for him, and the same for the team, because every player wants to participate in the game. Players on the bench want to be on the starting list, so having healthy competition is very Great, this will push the players forward."